Telling the Story of Place:
The Architectural
Photography of Iwan Baan 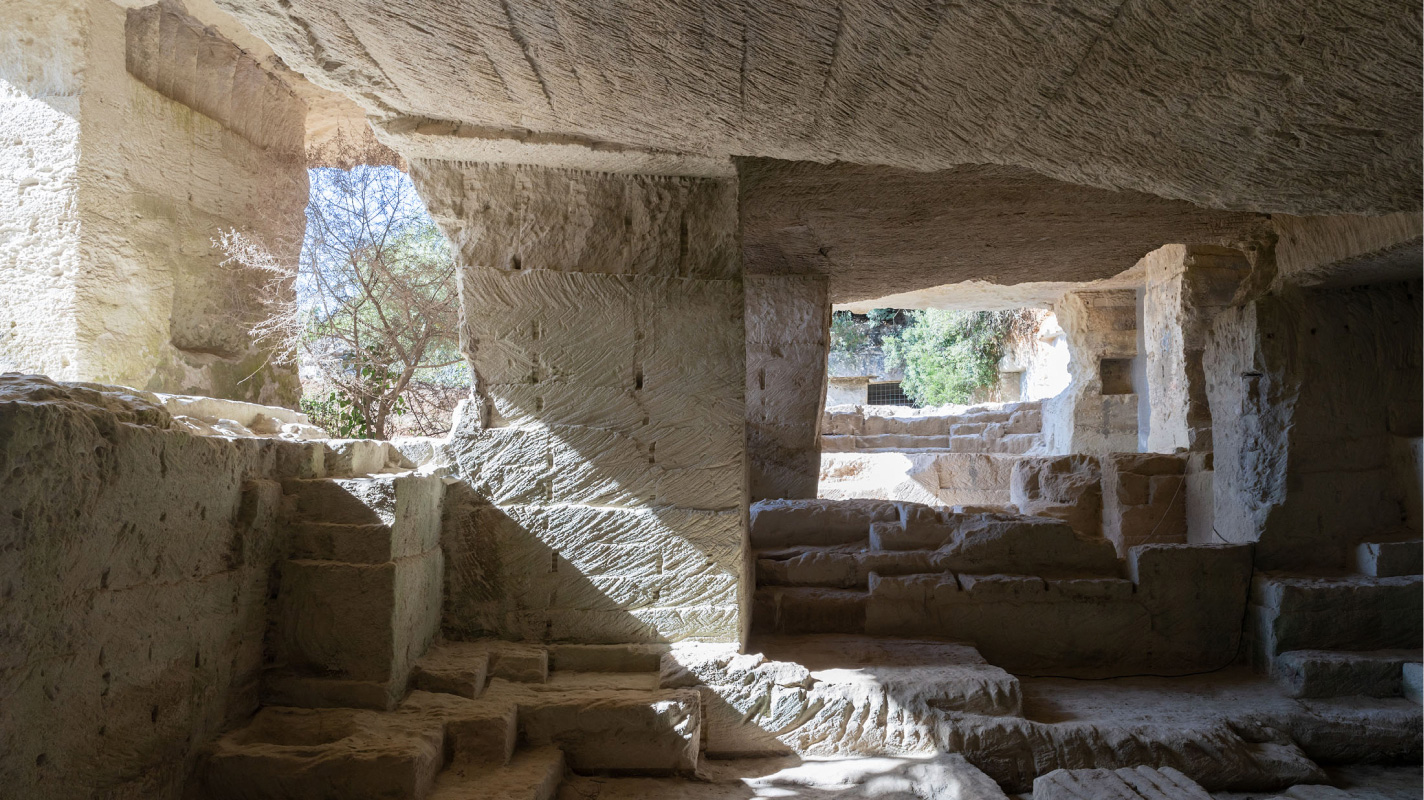 Iwan Baan is an award-winning architecture and documentary photographer based in the Netherlands. Born in 1975, Baan grew up outside Amsterdam and studied photography at the Royal Academy of Art in The Hague. “I got my first camera for my 12th birthday,” says Baan, “and right away, I was hooked; I spent my teenage years taking a lot of photos.”

Baan has worked for renowned architecture offices such as SANAA, Rem Koolhaas / OMA, Herzog & de Meuron, Toyo Ito, and for architects Steven Holl and Zaha Hadid. Alongside his architecture commissions, Iwan has collaborated on several successful book projects and his photos have appeared in the pages of The Wall Street Journal, The New York Times, Architectural Record, Domus, Abitare, and Architectural Digest.

In all of his photography, Iwan Baan celebrates the connection between buildings and their surrounding environments. Instead of focusing on built structures as isolated objects, his photos artfully place buildings in a local cultural context. This humanistic approach to Baan’s photography has given architecture a uniquely accessible quality. In late 2021, Daylight & Architecture had the opportunity to chat with Iwan about his process, his fascination with traditional architecture, and his latest book project, Momentum of Light (published by Lars Mueller, 2021).

D&A: What can you tell us about your time studying photography and your creative ifluences?
IB: Well, I studied documentary photography, which brings together my interest in the diversity of the world’s people, places, and spaces. With documentary photography, people are always at the center, people are the focus. Then, while I was a student, I had the chance to travel a lot; to India, Bangladesh, and many other places, and it was then that I became fascinated with local, traditional ways of life I encountered here and there. During that same time, I was introduced to the work of Martin Parr and Mitch Epstein, two photographers that I still admire today. What I appreciate most about these photographers is how they capture the unique, quirky behaviors of different people in specific places and at times.

D&A: So, how did you find your way into architectural photography?
IB: After university I lived and worked in New York City–which was very exciting and eye opening for me. When I was 29 years old, I randomly met Rem Koolhaus and he asked me to take some photos for his architectural office. Then, suddenly–almost before I knew it–I found myself surrounded by architects. I soon found out that photographing architecture was actually a synthesis of my two favorite subjects: people and places. Since then, I’ve been really lucky to work with some of the best architects in the world, people whose work I really admire.

“I always want to tell the story of a place. So, I have to get to know the context.
I have to be really present there, to observe the rhythm of a space in order to understand the light, the people, the sounds, and all the other specifics.”

D&A: When you approach a building with your camera, what do you hope to capture?
IB: I always want to tell the story of a place. So, I have to get to know the context. I have to be really present there, to observe the rhythm of a space in order to understand the light, the people, the sounds, and all the other specifics. I use architecture as a kind of background to the life of a city or community, rather than an isolated object–the architecture is part of a larger story. Working this way, the visual stories always seem to fall into place. It’s a very intuitive way of working, but it’s a way that allows the story of a building or space to come together through photographs.

D&A What would you say is the most difficult part of the work you do?
IB: After all these years, the thing that is probably most difficult for me is to capture environments that I am very familiar with. In places that you know well, you start taking things for granted, you overlook details. This is why travel is so important to me, it takes me out of my comfort zone and I become acutely aware of my surroundings, all the unusual things around me. I start to discover things in a new way. This sense of newness helps awaken ideas and stories inside me. I’ve been able to travel a lot, but the world still seems very big to me and now, more than ever, I feel an urgency to visit places where unique ways of life are vanishing.

D&A: Can you walk us through a typical day photographing a building; what’s your approach to the work?
IB: Sometimes I just have a day, but often I have longer–three or four days, or maybe a week (especially when I’m shooting for a book). But, either way, I like to travel light and be agile when I work. Typically, I don’t use an assistant, and I always use the available natural light. I use handheld gear so that I can adjust to whatever I encounter on the ground and I like shooting in a variety of weather and lighting conditions. In my experience, the best architecture is beautiful in any condition; great building design anticipates the realities of its immediate context, whatever that may be: crowds, traffic, weather, or the way the daylight changes.

D&A: Speaking of light, are there certain times of day or lighting conditions that you prefer to work with?
IB: I try to avoid the typical ‘golden hour’ and try to work throughout the day, looking at what the light does naturally. Of course, morning and evening light has a special, ‘softer’ quality. But then, during the middle of the day, when the sun is right overhead, you try to work with the light, shadows and contrasts that can create interesting effects with negative space and high contrast. Around the world, each place has its own distinct kind of daylight and it directly affects how people live and interact with one another and how they build.

Typically, architects have already spent so much time thinking about the design and geographic orientation of their buildings that, for me, it’s just about uncovering those moments. And so, I approach each building and work with what is there. Ultimately, I want to capture the moments that the architects’ work has already prepared through their careful use of materials, forms, colors, and the ways that they’ve incorporated natural light into the design. 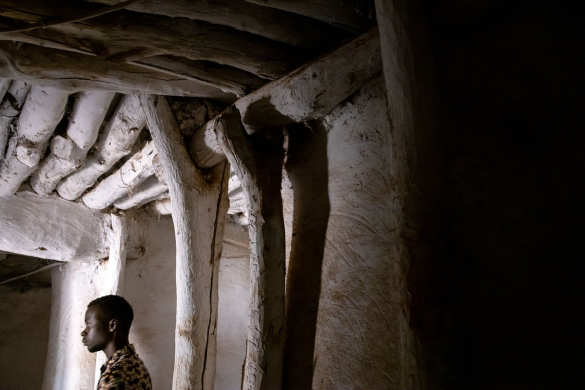 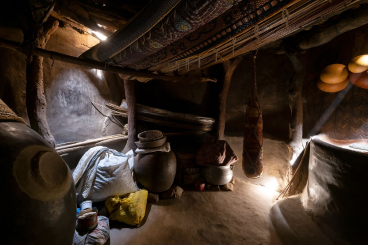 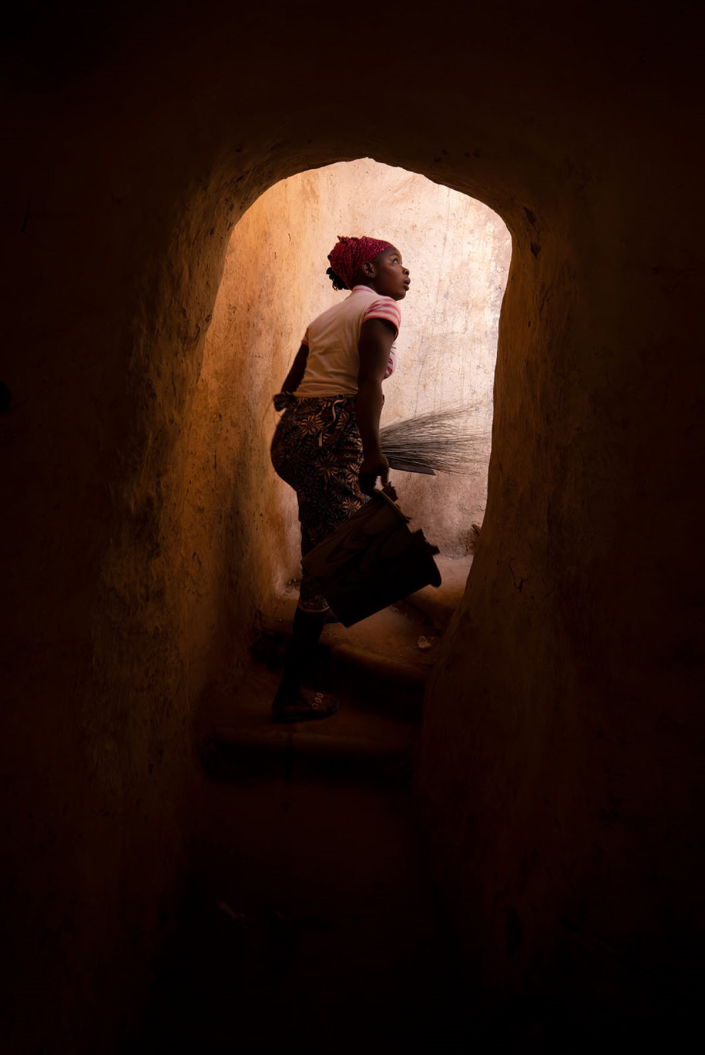 D&A: Are there places in the world where you’ve encountered especially interesting or inspiring instances of architecture interacting with natural light?
IB: Wow. Everywhere is really so different. The deserts of California come to mind; even LA, with its urban craziness, has a special quality of light. Or northern Scandinavia and Canada, where it never gets dark in the summer. That kind of light can have a surreal effect on the brain and the body. Then, all the places near the equator have this abundance of daylight, which directly affects the ways that people use indoor and outdoor spaces.

In the villages of Burkina Faso, for example, where I shot the photos for my latest book project, light means heat. So, there is this incredible contrast between outdoor spaces and the excess of light and heat and the pitch black interiors of homes (often built with thick, earthen walls and containing a single small window). Sometimes the walls are painted white to help offset the deep darkness created by the thick walls and lack of windows. Then, people step outside into the full light of the sun and it can sometimes be very difficult to find shade. In fact, anywhere that the locals do find outdoor shade–like under a large tree in the middle of a village–such spots automatically become a social gathering space.

It’s so fascinating how these climatic conditions–specifically the daylight–inform the shape of traditional architecture and also, how these conditions then inform the ways that people and communities engage with each other. There is so much local knowledge in places like this, it is really fascinating but it is also, sadly, fading quickly as buildings become more generic, and more artificial ways to control light and climate come into use.

D&A: As you look at your career–past, present, and future–what is the red thread that connects it all?
IB: For me, it’s all about engaging with the full spectrum of life. Diversity of places and people is still my biggest inspiration. Luckily, my work allows me to engage with both of these interests. On the one hand, I’m documenting how, all over the world, modern economic changes are reshaping local communities on multiple levels. Then, with my commissions in contemporary architecture, I am able to observe and document how the architects of today are addressing the complex challenges of the present. Over the years, there’s been this fascinating history of how architects and architecture have approached social problems, from utopian towns to urban master plans and so on. So, what’s really interesting to me is what happens to architecture after the architects leave. What impact does it have on how a place looks and feels and how it views itself?

So, what’s really interesting to me is what happens to architecture after the architects leave. What impact does it have on how a place looks and feels and how it views itself?

D&A: What advice would you give to someone who wants to turn their passion for photography into a profession?
IB: These days, we’re all walking around with a camera in our pockets. We can notice something in the world and instantly capture an image with your phone. It’s wonderful that we can see the result right away. When I was learning photography, I had to develop film, then wait a while to see the result. Back then it was harder to make quick adjustments or to change my point of view. My best advice for aspiring photographers– whether they want to photograph buildings or something else–is to just start shooting photos; do it a lot and all the time. There is so much out there to discover. If you can focus on a specific subject and then approach it from a variety of angles and perspectives, this exercise will probably take you to unexpected places. It’s a great way to learn and grow. Iwan Baan’s latest book of photographs is titled Momentum of Light and is available from Lars Mueller Publisher.

About the Book: “Across the African continent, but especially in the sub-Saharan African region, the light provided by the sun has a particularly stark quality – a fact that becomes apparent in traditional buildings and in the way sunlight shapes the daily routines of their inhabitants. With no artificial light, architecture had to make use of sunlight to create a light source within a building, yet at the same time it had to protect the inhabitants of a house from its intensity. The result is a vernacular architecture that works with very few or small openings. They render the inside of a building near pitch black while the outside is illuminated by glaring sunlight. On the initiative of the lighting company Zumtobel Group, photographer Iwan Baan and architect Francis Kéré set out to capture how the sun’s natural light cycle shapes vernacular architecture in Burkina Faso. Iwan Baan’s pictures are accompanied by architectural sketches from Francis Kéré, who grew up in this light environment and whose architecture is inspired by it. Half of the book with stunning photographs is printed on black paper in a special technique to give a sense of being immersed in the very light conditions that are documented.” 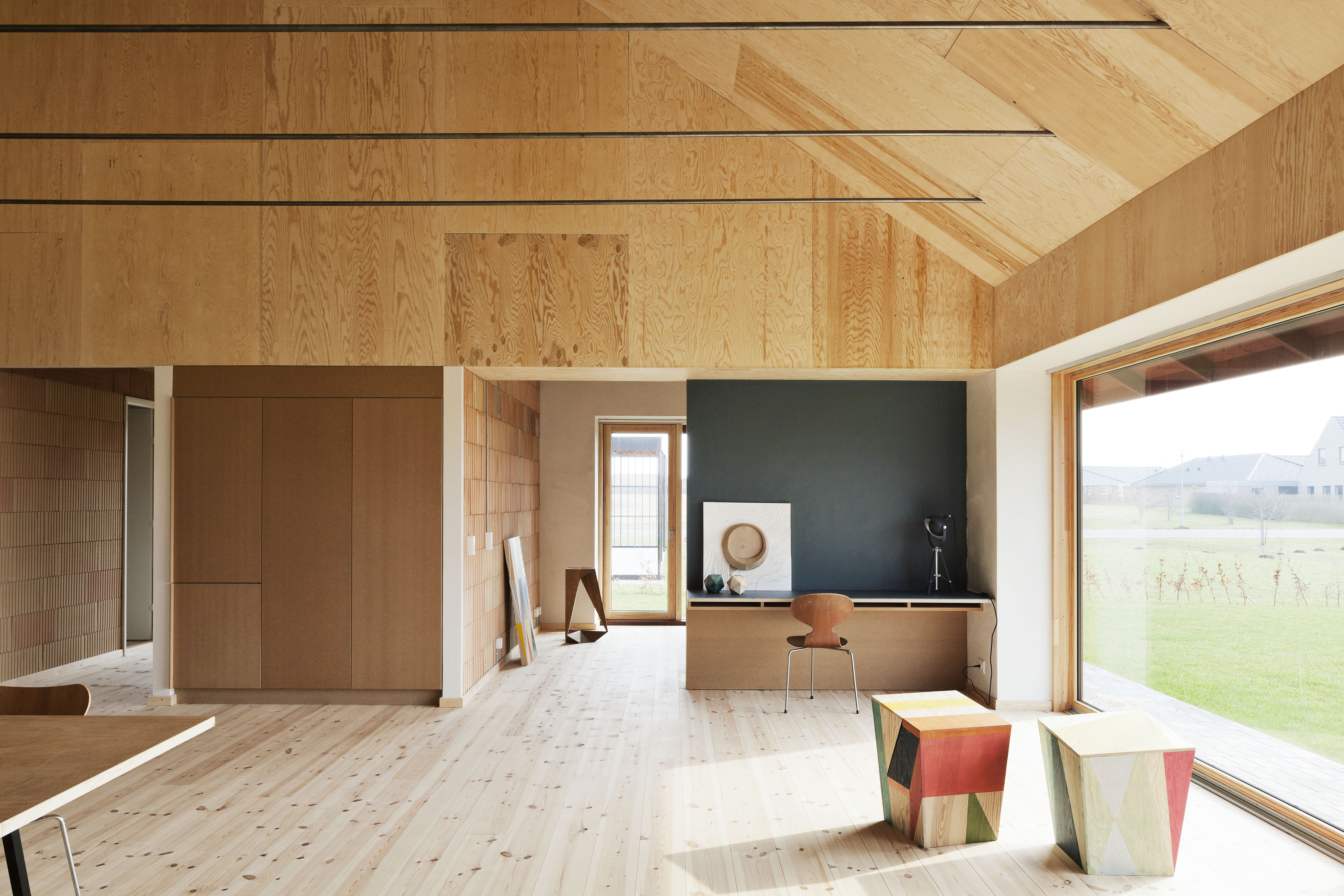 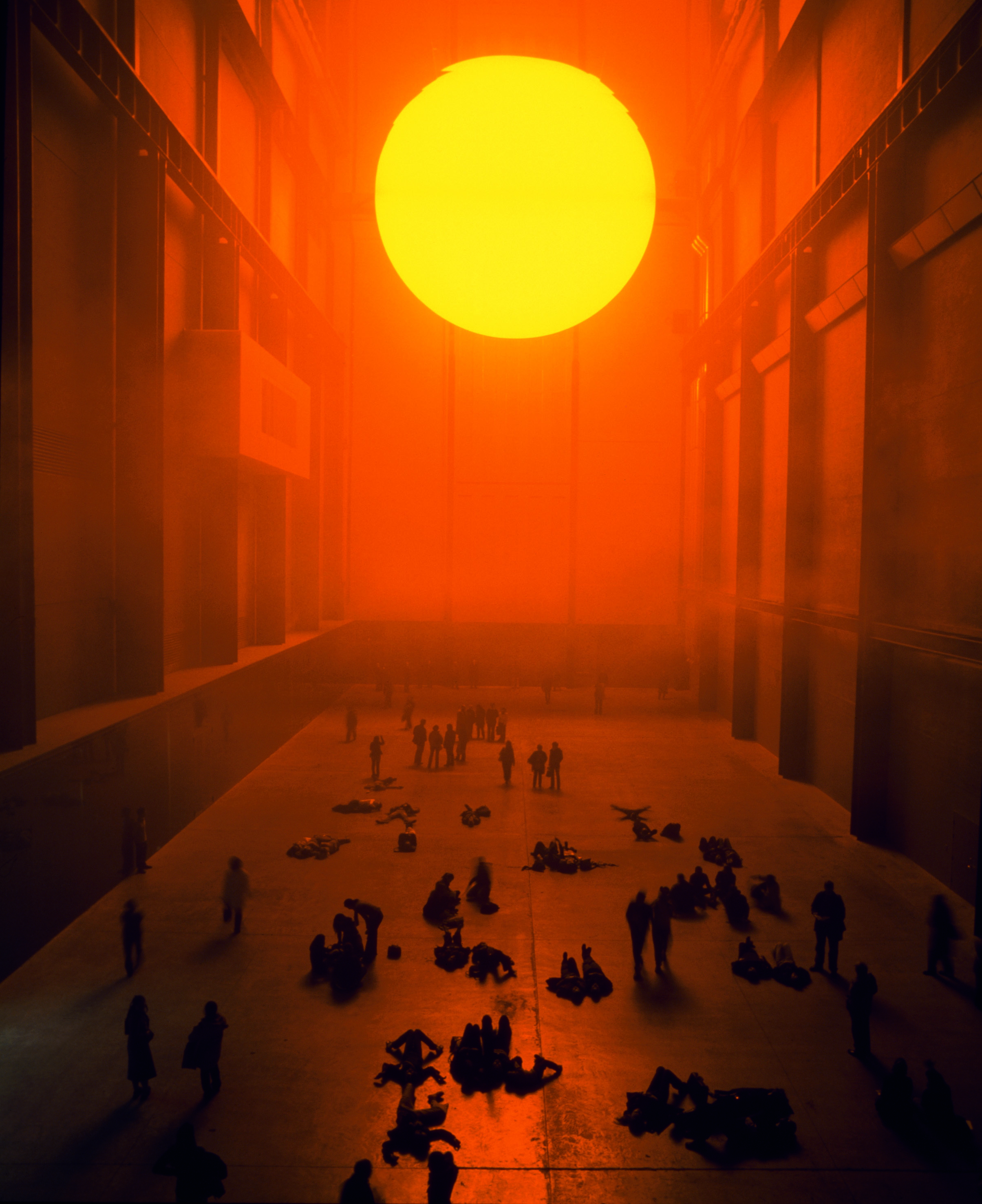 Light as a global resource